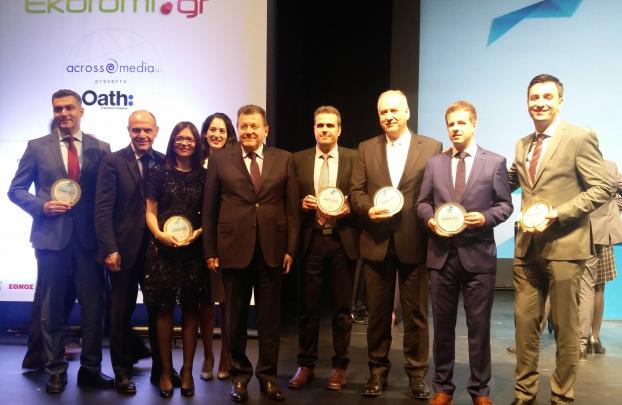 During this superb and well-organized event, which was held in the presence of representatives and agents of tourism, Minoan Lines won:

GOLDEN AWARDforMINOAN LINES BONUS CLUB, the pioneering and flexible customer loyalty program, which in its 13 years of operationcounts 300,000 registered membersfrom all over the world, demonstrating in this way the enormous appeal to the passenger public, inside and outside Greece.

GOLDEN AWARDforthe reduction of the energy footprint of the company's vessels and the protection of the environment, in theSustainabilitycategory for the company’s practices and the rational management of energy consumed by its vessels.

GOLDEN AWARDfor theintegrated OnLine Digital Campaignentitled "Away with the Müllers", implemented by Minoan Lines in collaboration with the experienced Forest View team of the TDG Group, in theDigital Tourism / Video Contentcategory.

These awards confirm the constant efforts made by Minoan Lines’ management and personnel on land and at sea, for the upgrading of maritime transport in our country, the respect for the environment and the continuous care offered to both the community/society and the passengers traveling with the state-of-the-art fleet of the company.